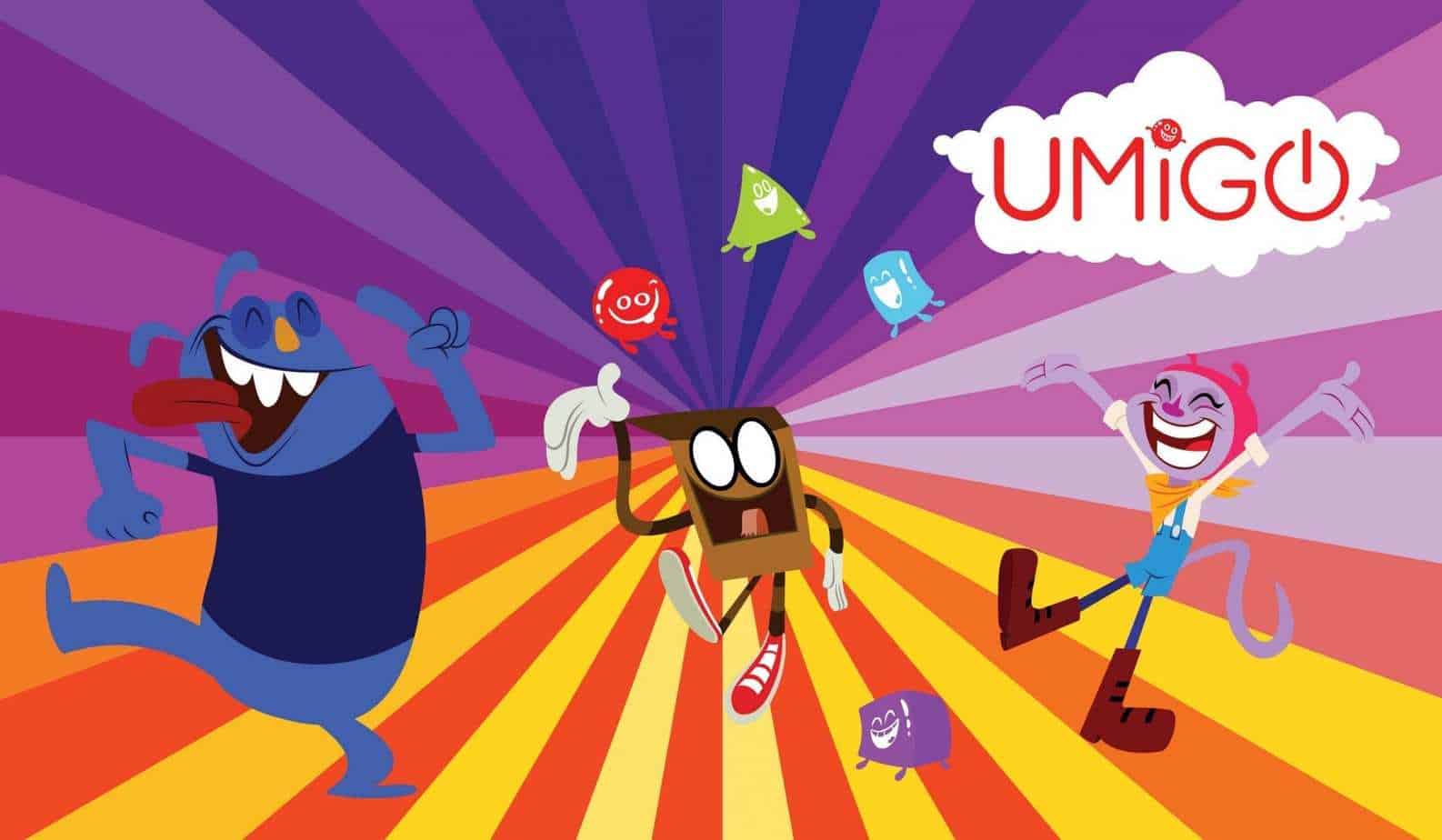 One of the biggest challenges to supporting a child’s education is finding commercial free, good quality resources that will engage your child and not break the bank. So when we were asked to check out UMIGO, a brand new FREE math resource, we jumped at the chance.

UMIGO – You Make It Go – is a fun, vibrant world of adventure that uses the building blocks of math to engage early elementary age kids in narrative-driven “episodes.” The site is designed to help children develop the math skills they need for effective reasoning and problem-solving. Each ‘episode’ consists of a video that introduces a topic, a game to play then, a final video to reinforce the topic & reward your little one for all their hard work.

The UMIGO ‘grown-ups’ section has many resources for parents & educators including many free, downloadable, at-home activities designed to make learning easy and fun. UMIGO’s educational content is aligned with the Common Core Standards for Mathematics for first and second grades and is funded in part by a US Department of Education Ready to Learn grant awarded to WTTW Chicago Public Media.

What did we think of UMIGO?

Evey is very reluctant when it comes to math & when I asked her if she would like to check out UMIGO with me, her response was less than enthusiastic – even with the opportunity to ‘play’ on the laptop. We fired up the first video, and she was still relatively unimpressed and just as she was asking “Is this it?” the game came onto the screen.

There are minimal written instructions – which worked well because Evey hates instructions – so she jumped straight into it and was hooked! She thought the video ‘problems’ in the first episode – Measurement – were hilarious! After playing the game and fixing the Soakster she wanted to try again, so we moved up to a higher difficulty level. This was a mistake on my part because once Evey knew there were harder levels and she could keep playing I had no chance of regaining custody of my laptop!

We watched a couple of the appisodes – you do not have to watch them in the order on the screen – and unlocked the associated games (you can’t play before you watch the concept video & you can’t see the conclusion until you complete the games!). Evey was especially taken with the Soakster game because she enjoyed making the little Umi’s jump up to fill in the gaps. “Oh they’re so cute!” she said, “I like the way they jump.” The second most popular game with her was Umiball “I am SO good at this” she humbly declared “I am the Umiball queen” – she’s never been much of a shrinking violet! 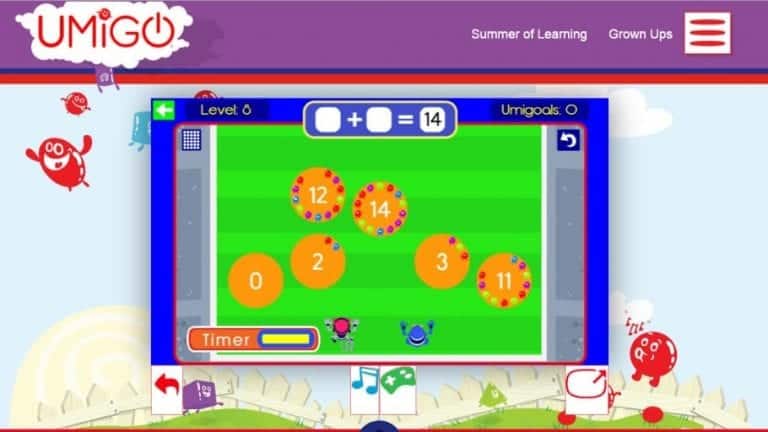 Of course with all of this activity going on around my laptop Gabriel came over to investigate. Although Gabe is older than Evey, he has Autism and functions, academically at a wide range of levels  – depending on the subject. Math is one of the subjects he struggles with. When he has been practicing, he does well, but as soon as he does something different, a large part of what he has learned is lost.

He started out on Umiball, pairing numbers to make ten. The first few goes he had, he struggled – realistically I would have to admit that he was just hitting random numbers but then he suddenly ‘got it’ and he was away! He was very excited every time he made a correct pairing and was onto the second level in barely two minuets. So far he has been onto UMIGO 3 days in a row and has jumped straight into the games, without any loss of ability to get over, a first for us!

I would defiantly recommend trying out UMIGO with your kids to beat the ‘Summer Slump.’ There are quality online & offline resources, no accounts to sign up for, no fees, no commercials and no marketing tie ins. What you get are some great games that the kids love, math concepts that are easily transferable to real life and fun musical videos that must be good because they get stuck in your head for the rest of the day.

I’ll just warn you that you’ll be unexpectedly humming Pizza Party for days after you watch it.

Where can you find out more about UMIGO?

UMIGO kicked off the Summer of UMIGO on National Summer Learning Day, Friday, June 19, in an effort to help combat the “summer slide.” In partnership with the National Summer Learning Association (NSLA), UMIGO will bring its narrative-based appisodes, interactive games, activities, and educational resources to more than 70 communities around the country. You can find a location close to you by looking on the NSLA’s interactive map at SummerLearningDayMap.org

My First Encyclopedia by @DKCanada #Review

“Science in the Garden” – Make A Chemical Reaction