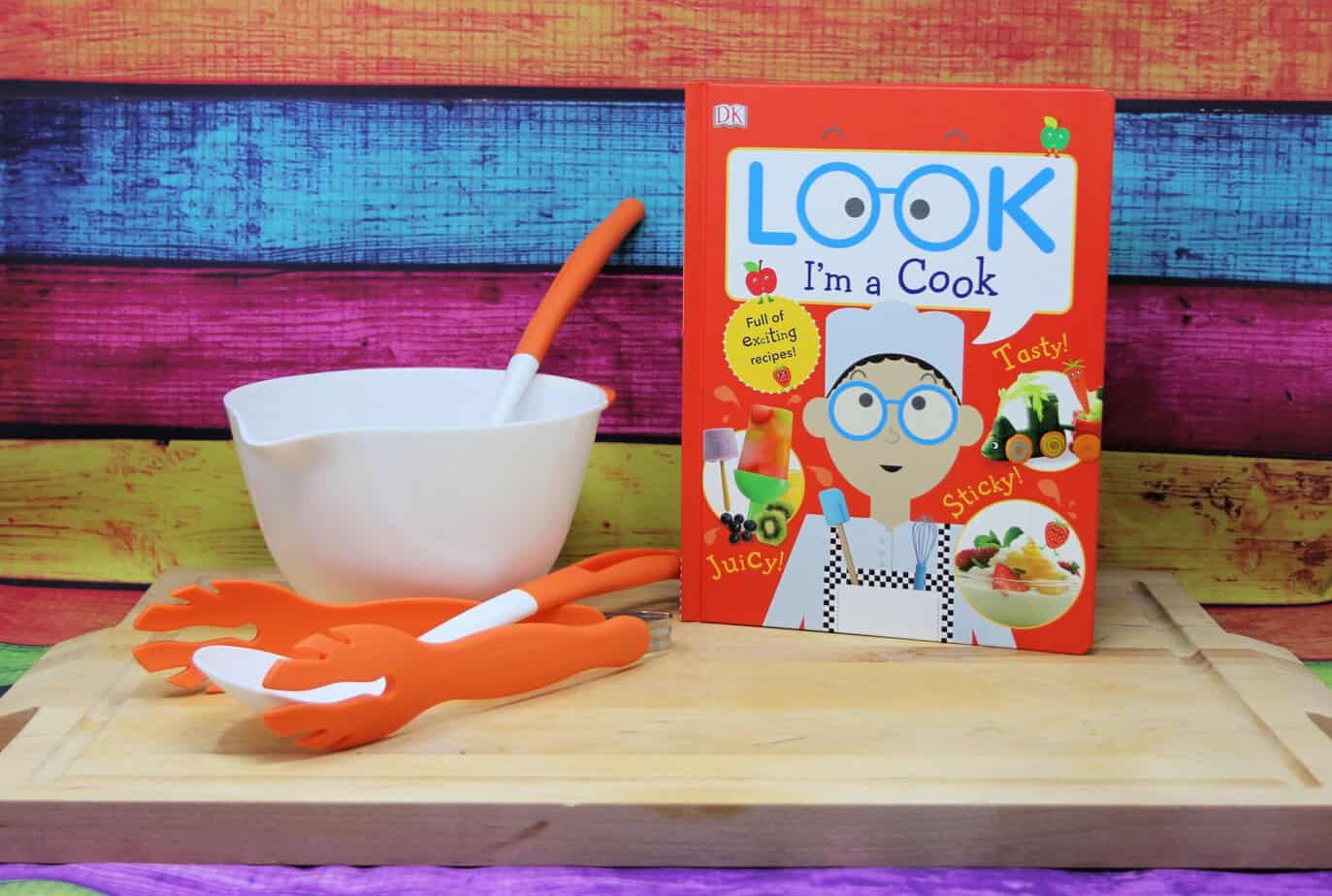 Regular readers will know that I have a love/hate relationship with cooking. I love to cook but hate my results. As a result, when “Look I’m A Cook” arrived on the doorstep for me to review, the family initially thought it was written specifically for me.

in response, I considered threatening to never cook another meal for them again, but they would not see this as a punishment, they’d see it as a win. Consequently, they have all been told that every time someone makes fun of my cooking, I will make them eat my next attempt at baking. Now THAT’s a threat that worked.

Anyway, enough of this frivolity, time for a review!

I chose Look I’m A Cook from a list of other books for review, with one person in mind – our son Gabriel. He has inherited my enthusiasm for cooking in general and baking in particular. Unfortunately, he also has my ability to coat every surface in the kitchen with his ingredients as well as an inability to focus on detailed recipes, written in tiny words.

Look I’m A Cook is specifically designed for young, budding cooks who are still at the stage where they make a mess, have short attention spans, and need constant visual stimulation to keep them motivated.

I use the word designed, instead of written deliberately because Look I’m A Cook is a hardback, with soft rounded corners and thicker pages which you can wipe clean. How cool is that? A child’s cookbook which actually considers how it will be used and the fabulous consideration of use does not stop there. While Look I’m A Cook is, as you would expect, a cookbook, it is also a fantastic educational tool which approaches the simple recipes through the eyes of a child.

The book begins with a short section about the senses, how they are all useful in cooking and then provides a number of simple “kitchen experiments” designed to show your child how their senses work.

Then you are into the recipes.

Bright, vibrant images are used alongside the words for the ingredients so that the child that cannot yet read can still see what they need for the recipe. Each step is clearly identified with a big number, so the recipe is easy to follow and an “Adult Alert” star let’s you know when a helping hand for the sake of safety is required.

The recipes themselves are all pretty basic but it is obvious that a great deal of time and effort has been put into choosing items which are not only achievable for little chefs but which encourage them to:

This is supported by the questions, prompts, and bite-sized facts that are liberally scattered across the pages. In addition, at the end of each recipe is a little “Sense-ible Cooking” section which asks questions and suggests activities which reinforce the sensory-based educational elements.

A cookbook is only as good as it’s ability to teach, so how did Look I’m A Cook fare in our kitchen?

We decided to make bread using the Look I’m A Cook recipe.

First of all, I liked the way in which the instructions are all short, sharp and to the point. This makes it incredibly easy to tell your kiddo what they need to do, without them losing track halfway through the step.

The nuggets of knowledge scattered throughout the pages prompted a great discussion about how yeast makes bread rise, and Gabe thoughts tapping the bread on the bottom, as suggested, to see if it was done, was great fun.

And here are the fruits of our labors:

Not only do they look like loaves of bread but they also smelled, felt, sounded, and tasted like bread. All of our senses agreed – bread and pretty darn tasty bread at that. Which makes Look I’m A Cook, a winner in our books. 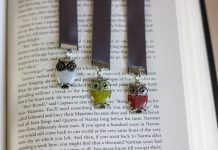 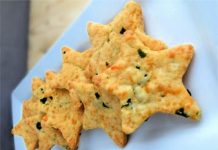 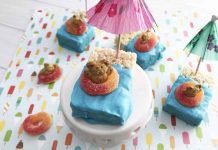 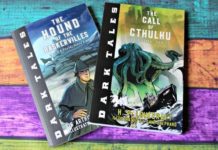 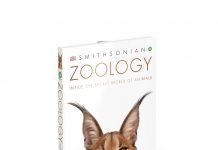 @DKCanada Pocket Genius – Bite-Sized facts in the palm of your...