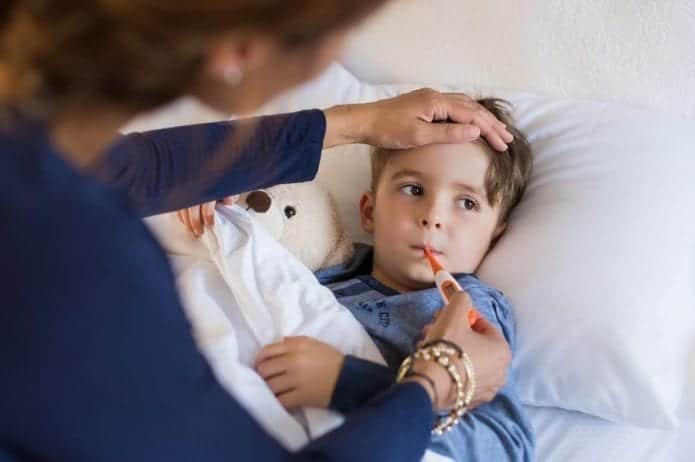 Since spring’s arrival, you might have assumed your family was past the point of a flu diagnosis. But according to the CDC, you shouldn’t let down your guard just yet. A second flu strain, Influenza B, is on the rise — and it’s pretty serious.

While the first wave of the flu, known as influenza A or the H3N2 virus, has been dwindling in recent weeks, reports of the B strain of the virus have spiked. The B strain tends to be more severe for young children and is considered to be just as bad in general as the A strain. It’s also possible for an individual who became sick from the A strain to fall ill again due to the B strain, which means families need to take precautions. That includes getting a flu shot if you haven’t already had one; even though it’s late in the season, it’s possible that getting vaccinated could save lives. Whether the virus is currently circulating or it’s before the onset of flu season, these vaccinations are the body’s best defense.

On average, the effectiveness of the flu vaccine ranges between 60% and 90%.

Parents will need to watch for flu symptoms in their children for a while longer. If your child exhibits fast breathing or has trouble breathing, high levels of irritability, a bluish skin color, or a fever with a rash, it’s important to take action quickly. Keep in mind that body shakes, diarrhea, nausea, severe headaches, and fevers over 102 degrees Fahrenheit (or, if converting to Celsius by subtracting 32 and dividing by 1.8, 38.8 degrees Centigrade) are red flags.

However, flu symptoms can manifest themselves differently in each infected person and each strain — so if ever in doubt, head to the ER. Despite the fact that up to 65% of ER episodes can be treated at urgent care locations, influenza is particularly serious in young children. The emergency room may be your best bet in times like these. At the very least, it’s important to bring them in to your family doctor or urgent care center right away to decrease the chance of secondary infections such as meningitis or pneumonia.

And if you’re the one who contracts the B strain, the CDC recommends that you stay home from work, as you’ll be contagious from the day before your symptoms show up until up to a week after the onset of the flu. Unless you’re going out of the house to get medical treatment, experts recommend you not leave until 24 hours after your fever has subsided. Wash our hands frequently, avoid touching your eyes, nose, and mouth, and disinfect contaminated surfaces. Rest and fluids are really the best way to treat the flu other than antiviral drugs, which must be taken within 48 hours of the flu’s onset for best results.

With any luck, this second strain will start to wane soon. But until then, be on the lookout for coughs, sniffles, and general body aches in your loved ones. 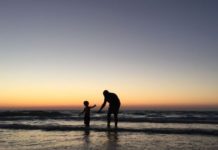 Fun Things to Do With the Family In August!

The Pros And Cons Of Becoming A Stay At Home Parent 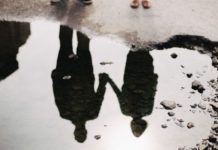 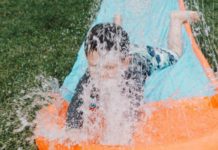 The 16 Creepiest Fairy Tales To Avoid Sharing With The Kids