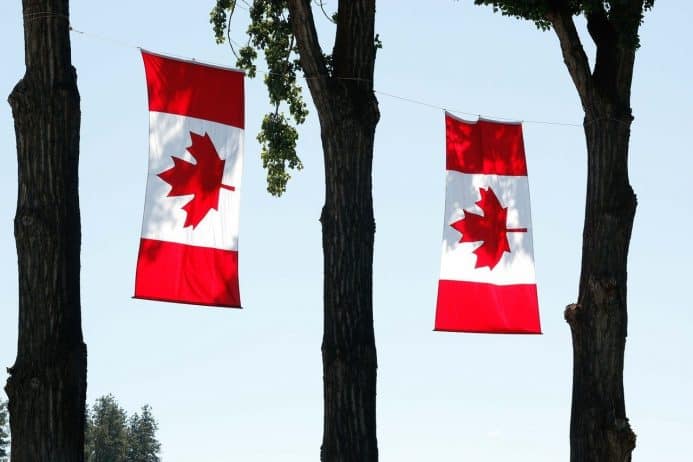 I was lucky enough to be asked to join the Netflix Canada #StreamTeam and share some of our family’s experiences with streaming TV.  This month, in honor of our great country’s birthday, Netflix had a ‘Canadiana’ themed list of suggestions for us.

First of all, I was surprised by the number of kids TV programs our little ones already enjoy, that are made in Canada. Living on the west coast, in “Hollywood North” we often play ‘spot the street’ when watching movies filmed here, but it was a real eye opener to find so many kids shows made here too.

Gabriel is a huge fan of SuperWhy. We sit and watch an episode together nearly every day, and  Gabe likes to pretend to be Wyatt. Every episode, one of the characters in StoryBook Village has a ‘super big problem’ for Wyatt to solve. He puts out the call “Calling all Super Readers – To the Book club” and is joined by Princess Presto, Wonder Red, Woofster & Pig – then the bit Gabe loves – everyone puts in their hand, and the viewers are encouraged to as well. Then the Super Readers work through a story in a book, solving problems and being rewarded with ‘Super Letters’ that, when entered on Wyatt’s ‘Super Dooper Computer”, provide an answer to the problem in the book, which is also the problem in StoryBook Village.

Today we watched The Emperors New Clothes in which Pig feels embarrassed after being asked to put a bucket on his head as part of a game. The Super Readers dive into the story of the Emperors New Clothes and meet the Emperor who doesn’t want to look silly in front of his friends and subjects. Pig learns that keeping quiet about his feelings makes him feel as bad as he would if he wore a bucket on his head.

With 80 episodes available there is enough variety for mum not to go crazy watching the same six over and over again hooray! I like the way that Superwhy encourages interaction by the children viewing, helps with literacy and social skills and most of all the way it uses traditional fairy tales. I always feel comfortable letting Gabe watch this.

We’re also big fans of Franny’s Feet & Team UmiZoomi for similar reasons- and both of these shows are Canadian too.

To round out the Netflix #StreamTeam suggestions for little ones we also had :

Monster Math Squad is top of my ‘watch next’ list. I have never heard of it until now so I am intrigued to find out if it is a good as the other offerings from Netflix. I already know we enjoy Cailou, Animal Mechanicals and Thomas and although we haven’t yet seen the Richard Scarry program, I can remember loving the characters when I was a child (yes – they are that old) and I am sure the littles will enjoy it.

For the older kids the suggestions were :

I couldn’t believe it! Back in England, we used to watch ‘Are You Afraid of the Dark?’ with our oldest daughter. We all loved to watch on video when it was dark (showing our age again – way before DVD’s!), and the level of scary was just right for the tween age bracket. The “Secret Midnight Society” meets once a week in the woods after dark. Each episode someone tells a scary story, and you get to watch the story – rather than the person telling it. One of the fascinating things is watching the guest stars who went on to have acting careers. Watch and see if you can spot:

Goosebumps fell into this ‘just scary enough for a tween’ bracket too. Jacqueline was hooked on the Goosebumps book series and then she loved to watch the TV show. This time around she wasn’t quite so in love with the episodes of Goosebumps (not surprising as she’s now 25!) but we did have fun watching a few episodes. The same thing went for Are You Afraid of the Dark? Mostly the conversation was along the lines of “Who’d of thought last time we watched this, that it was  Canadian and we would watch it again as Canadians in Canada!” and “Just think – we watched this 15 years ago when Canada was a completely different world to us, and now we live just down the road from where it was filmed”

It ‘s nice to know that we can watch quality Canadian programming on Netflix and that there are still plenty of programs for the kids to enjoy as they grow.

Now, I’m off to find another series to binge watch – how did we ever handle the suspense of waiting a week for the next episode before we ha streaming TV???

Bring The Wilderness Home With Backyard Camping For Kids

How To Make Kids Of All Abilities Welcome – Ten Easy...