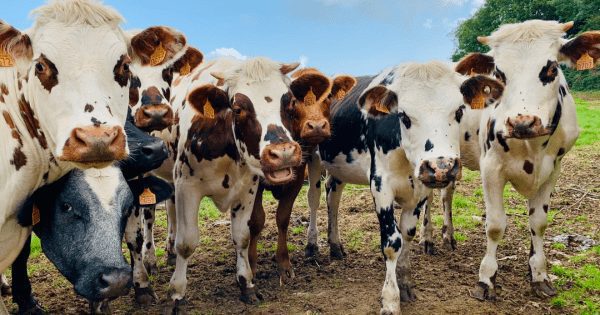 As a parent, you’ll want to teach your kids about everything, especially during COVID-19. Normally, parents can rely on at least having the option of traditional school for their kids, even if they decide that homeschooling is right for them anyway. Even children who aren’t quite old enough for public school yet can usually fall back on preschool as a place to learn. COVID-19 has changed everything for parents and children alike. A lot of states are currently forcing children to either enroll in virtual school or be homeschooled by their parents, as public schools have been closed to prevent the spread of the virus. Even if your state allows public school to convene, many parents are not comfortable with the idea of their children being potentially exposed to the virus, and have thus chosen to have them learn at home. This would either involve typical homeschooling, which you would handle on your own, or homeschooling as done through a third-party virtual school service. There are a lot of advantages to taking care of homeschooling on your own, especially if your children are quite young and therefore aren’t quite ready for more complex subjects. But where do you start?

The best way to introduce subjects like science to young children is to teach them through things that they already know something about. About 36.5% of American households own dogs, so start there and then move on to other animals, like farm animals. Kids learn about farm animals from the very start of life through fun songs and cartoons. Your child doesn’t have to live on a farm to be interested in the creatures that live there. But you’ll definitely want to look into some facts that might introduce new ideas to your child. Let’s get you started with a few fun things that your children, and even you, might not know about farm animals.

It’s easy to find a relatability point between kids and sheep. The sweaters that they wear during the fall and winter are probably made from wool, after all. But sheep aren’t the only producers of wool, and this is a great way to start teaching your kids about camelids. Camelids include, as you might imagine, camels, as well as llamas, creatures called guanacos and vicunas which are much like llamas, and of course, alpacas. Alpacas are not animals that you will see on every farm, but they are certainly farm animals. In fact, there are entire alpaca farms that make alpaca products, primarily from their wool. Some prefer alpaca wool to sheep wool, claiming that it’s softer. Alpacas are pretty cute, and your kids will love learning about them; they might have already encountered them at petting zoos! Furthermore, alpacas are relied upon as livestock in several South American countries, and you could potentially teach your children about the rest of the world through these animals.

There is a lot that you can teach kids about goats, because goats perform a lot of “jobs” on the farm. They eat almost any plant, and therefore are essentially living lawn mowers that keep the grass from becoming overgrown. However, goats are actually much cleaner than sheep, cows, pigs, chickens, and even dogs. They will not eat food if they think that it has been contaminated in some way. Furthermore, they are incredibly smart, and can be valued as pets just as much as they are as farm animals, and some people like to train their goats to perform tricks. Another thing you should consider teaching children is that goat’s milk is often used as an alternative to cow’s milk, and many of us eat cheese made from goat’s milk. There are even farms that produce soap from goat’s milk!

3. Pigs Are Far Smarter Than They Look

A lot of children are under the impression, as are many adults to be fair, that pigs are dirty, lazy, and stupid. This simply isn’t true on any level. While pigs do tend to lounge around, they’re also remarkably strong, and are actually very clean regardless of their tendency to lounge around in the mud sometimes. In fact, pigs often use mud and dirt as a way to fend off flies, mosquitoes, and other irritating bugs. Pigs are also very trainable and quite friendly, forming the same kinds of bonds with their owners that dogs do. Of course, if your children are big fans of bacon, this might be the best fact to teach them. But it’s definitely something that might surprise a lot of kids!

Many farm animals are social, but few are as social as horses. Horses get along with people, but they love to be with each other most of all, which is why most people are advised to own more than one horse, or at least keep their horse with someone else’s horses so that they have buddies to live with. Horses live in herds, ideally in groups of three or more. They talk to each other and communicate through their ears too; when a horse’s ears are pricked forward, it means they’re curious or happy, and when they’re laid back, it means that they’re scared or angry. It’s almost like their own sign language! The funny thing is that while a lot of people think that stallions, or male horses, run herds, that’s not the case. Stallions are responsible for protecting the herd, but there is usually a lead mare, or female horse, that runs the show and decides what the herd will do. You can relate the horses’ families back to yours!

3 Fun Activities To Keep Your Kids Learning All Summer Long

Can Investing In Bitcoin Help You Save for College?