If you are looking for things to do in Vancouver with kids, one of the first things you’ll hear is “Take them to Science World.” So I’ve put together a post with a rundown of our latest visit, plus everything you need to know for your trip to Science World.

Things To Do With Kids In Vancouver : Our Science World Review

I remember, many years before we moved to Vancouver, we visited the city and Science World was near the top of our to-do list. We had three children at the time, and they all had a blast. Of course, that was almost 15 years ago, when our oldest kids were little. Places can change over time and now we have our two “surprise bonus kiddos.” So, we decided it was time to return and find out if it is still as much fun.

The Fun Begins Outside

Getting there good & early meant that we had plenty of time to walk around outside this unique facility. There are ever changing exhibits in the public spaces, all of which are designed to encourage your children to touch and explore.

However, the day nearly came to an early end as we rounded the “corner” and made our way to the front. Close to the entrance, there is a vast, mesmerizing, kinetic sculpture inside a Perspex case. Other visitors were crowded around it, watching the balls move through the exhibit making music as they went.

Before we got in

Gabe was intrigued and ran over to get a closer look. He approached the casing next to a Science World staff member who was holding the door to the Perspex casing open for a colleague. As Gabe approached the first staff member stuck out his leg and shoved Gabe out of the way with his knee. Gabe was not doing anything wrong, he merely approached the sculpture, outside the case, to watch alongside the other visitors and had not attempted to get past the staff member.

That was enough for us to consider going straight home – but the kids were so excited we decided to go in any way.

If you are early birds like us and there before 10 am there is one thing of which you should be aware.

There are no controls over where people wait, and this results in many excited kids and their parents jostling for space in the lobby, waiting for the lines to open. When the payment lines do open, there was a free for all as everyone pushed ahead of us to gain entry.

Once we had finally got in, we enjoyed the many galleries packed full of interactive exhibits. Our family’s is the BodyWorks Gallery. 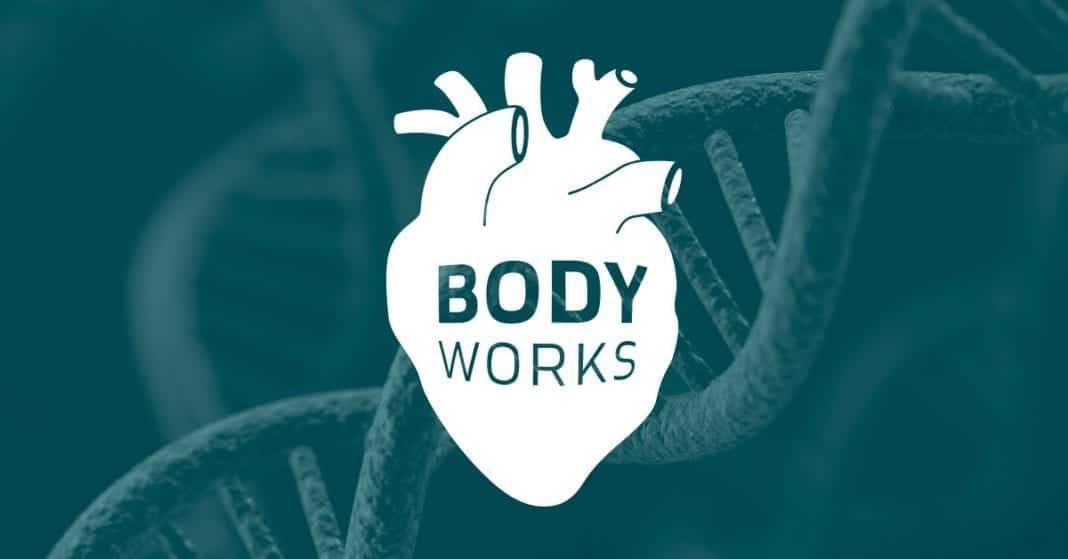 BodyWorks is much and celebrates the human body, but it is  much more than just an exhibit about the heart, skeleton and internal organs. BodyWorks promotes positive body messaging. This allows visitors to develop a better understanding of how the choices they make, impact their bodies. The gallery also celebrates diversity and all the beautiful things that make each of us unique.

In addition, the BodyWorks Gallery takes who we are down to the cellular level, exploring DNA, genetics, and the rapidly expanding field of genomics. The Lab Zone, presented by Genome BC, is a central hub in the gallery, a place where you can engage in storytelling and interactive demonstrations,
while learning about cutting-edge research.

The BodyWorks Gallery alone is worth the visit to Science World if you are in Vancouver with kids.

Perhaps you’d like to see how far your body can stretch:

Or test your reaction times

You could learn all about pulleys, levers & fulcrums

Or you could refuse to look at the T-Rex skeleton because you find it big and scary!

In the Eureka! you can launch a parachute, capture your shadow and move with a giant propeller as you experiment with water, light, sound, and motion among the and lively exhibits.

If you are looking for fun in Vancouver with kids then bring them here, where hands-on discovery encourages visitors to try new things and ask “What would happen if…?” Home to the spectacular water table and ball launchers Eureka! is the place that brings out the curious scientist in all of us.

There is also a giant floor piano where the children can make lots of noise and their parents can try to re-enact their favourite scene from “Big.”

Personally, I wouldn’t recommend the Kidspace gallery for the under six age group, although, not because of the gallery itself. It has many wonderful things to do and is perfect for little scientific explores.

The trouble with Kidspace is that it is choc-a-bloc with children misbehaving and their parents glued to their phones, pretending they don’t notice.  Five minutes in this area and both kids had been punched, kicked, pushed over / out of the way and we had all had enough.

Needing a bit of fresh air, we went off to the outside science park. The area that is completely fenced, which is a bonus but it does have a beautiful, and therefore very tempting, pond.

Staff Could Have Been More Helpful

We had just walked out when we saw a child of about two years old sitting on the floor screaming for his mummy. We went over, and the kids and I sat on the floor talking gently to him while my husband went to find a staff member.

The chap at the information desk asked my husband to go and pick up the child and bring him in! Understandably, my husband did not want to pick up a child who was lost and screaming for his mummy and carry him anywhere. When he explained this, the staff member said that if that was the case, there wasn’t anything he could do.

Luckily, by the time my slightly bemused by this time husband came out again, the child’s mother came running over and swept up her baby and walked off with him.

There are some fun exhibits outside, including Science Worlds very own chicken population. This is an ideal way to learn about raising your backyard chickens, but I did feel sorry for the birds. They were being chased all over the science park by screaming children.

All in all, the kids enjoyed themselves – which is the important thing. The exhibits are fantastic; there is so much to see and do. Science World is a hand- on, interactive facility, that is designed for kids to have fun while learning and they do this very well.

However, the staff we encountered did not appear to be very clued in as far as children were concerned which seems like a bit of an issue for a facility with a family focus.

Things to do in Vancouver with kids

Quality of the facility & exhibits:

Now you have read the review of our latest family trip to Science World, here are a few useful things you need to know for your own visit.

What’s in a name?

I tell you this because a tourist approached me the other day, not far from the entrance which proclaims “TELUS World of Science.” The confused visitor wanted to know where Science World was.  had to explain, the three names all refer to the same place!

The building contains a number of public exhibit areas and galleries:

Science World has a combination of permanent and feature exhibits, the majority of which are lively, interactive experiences. This is not a place where you walk around, stare at some items behind glass and then leave.

Science World is specifically designed for visitors to explore the wonders and excitement of science through getting hands-on with the displays. You actually become part of the exhibit, and by experiencing it through all of your senses, you experience a unique learning adventure.

There is a stage for science shows and demonstrations and areas to rest. In addition there are plenty of spots to eat and refresh, and two theatres. Programming in both the OMNIMAX® Theatre and the Science Theatre are frequently updated.

In addition to the exhibit spaces, there is a unique science store called Kaleidoscope. There is also a convenient concession stand (Snack Lab) and a Triple O’s restaurant.

These details are current as of October 1st, 2018. There are  early closures or late openings, check here before you go.

We would advise putting aside at least three hours for a visit to Science World, although it is easy to spend much longer. This is especially true if you take in some shows, have something to eat, and let the kids dictate when you leave.

TELUS World of Science is located on the traditional and unceded territory of the Musqueam, Squamish, and Tsleil Waututh Coast Salish Peoples.

The “Things To Do In Vancouver With Kids” Series

Oh Canada – Celebrate July on Netflix with the #StreamTeam

The Best Microbreweries In #BeautifulBritishColumbia

#HandsOnCookOff – What Will You Cook?