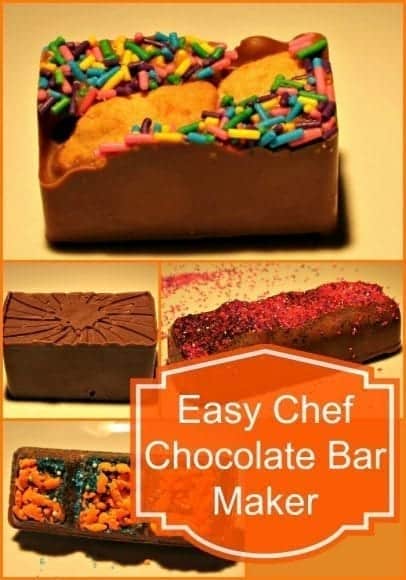 When we were asked to review the “Easy Chef Chocolate Bar Maker” my answer was an immediate yes – make our own chocolate bars? We didn’t need asking twice. The package we were sent to try even had a little bag with chocolate, raisins teddy grahams and M&M’s so we could start straight away. 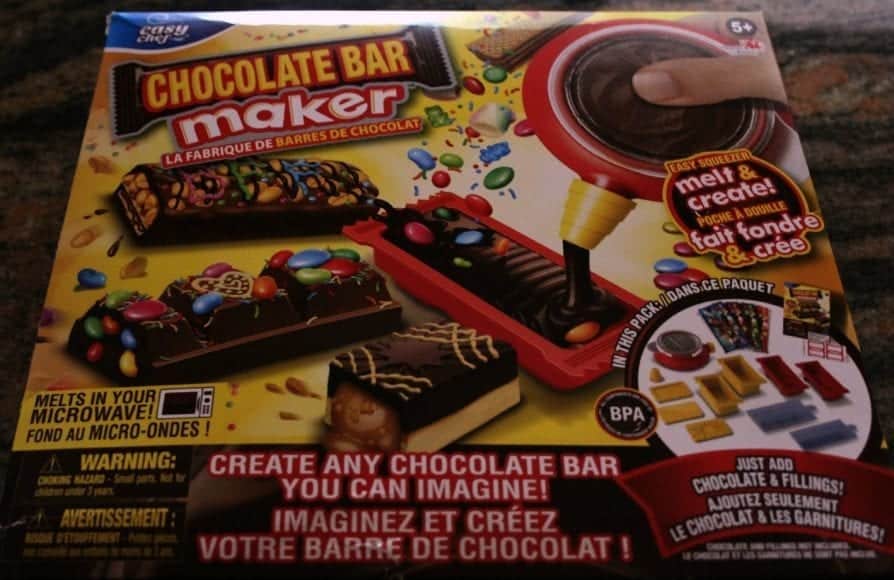 In the set there is a pod in which you melt the chocolate in the microwave and this has also has a kind of piping nozzle that allows you to decorate your finished bar. To complete the kit there are reusable chocolate bar wrappers and gift labels as well as an instruction & suggestions leaflet. 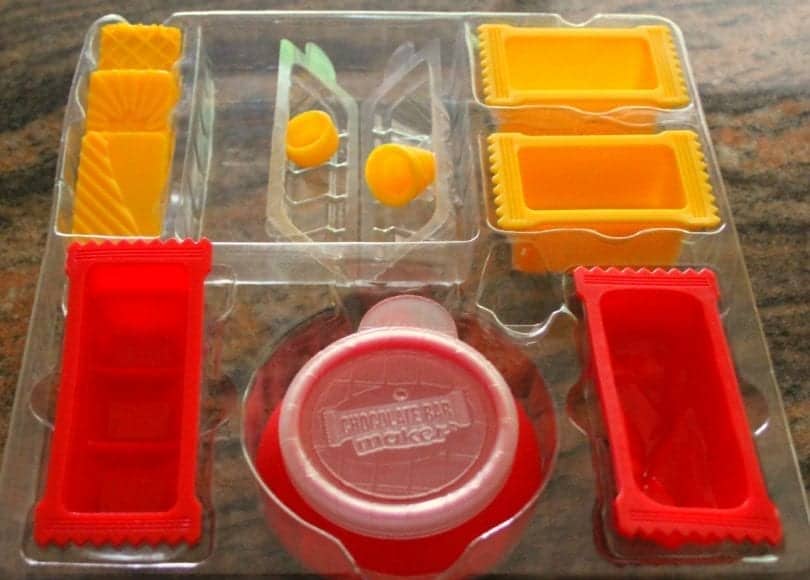 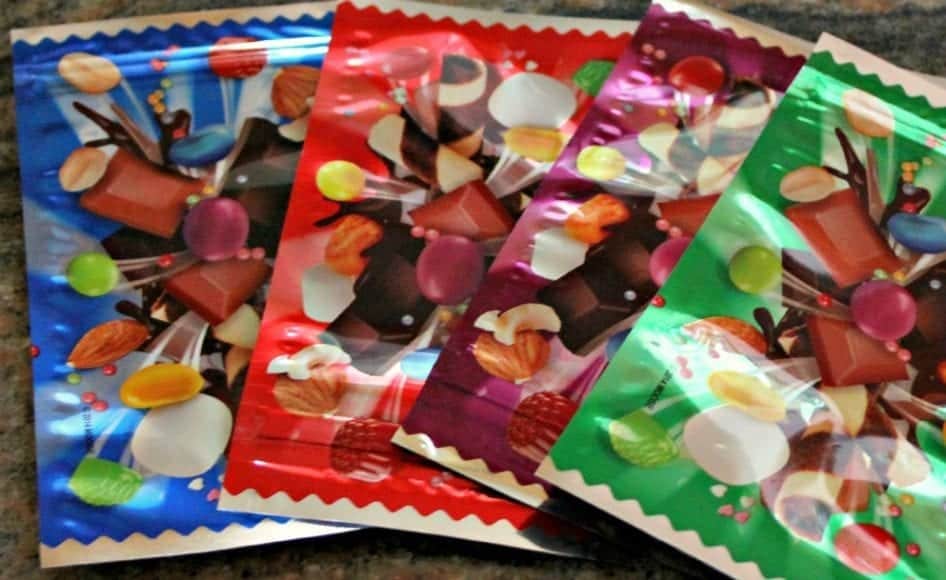 As soon as I took the box out of the cupboard and let the kids know what I was doing, the four youngest appeared from nowhere and took up residence around the kitchen island. I took charge of melting the chocolate while they chose a mould each and set to work deciding what they were going to do with their bars. In addition to the goodies we received with the set I also bought out some boxes of sprinkles, some nuts and some flavourings.

As any of you with young kids know a kitchen with sprinkles + kids = tiny pieces of candy everywhere and today was no exception. However they did manage to get a fair amount of the sprinkles in the moulds and I had to explain that you only needed a little – put in too many and they wouldn’t stick in the chocolate. This is what we ended up with! 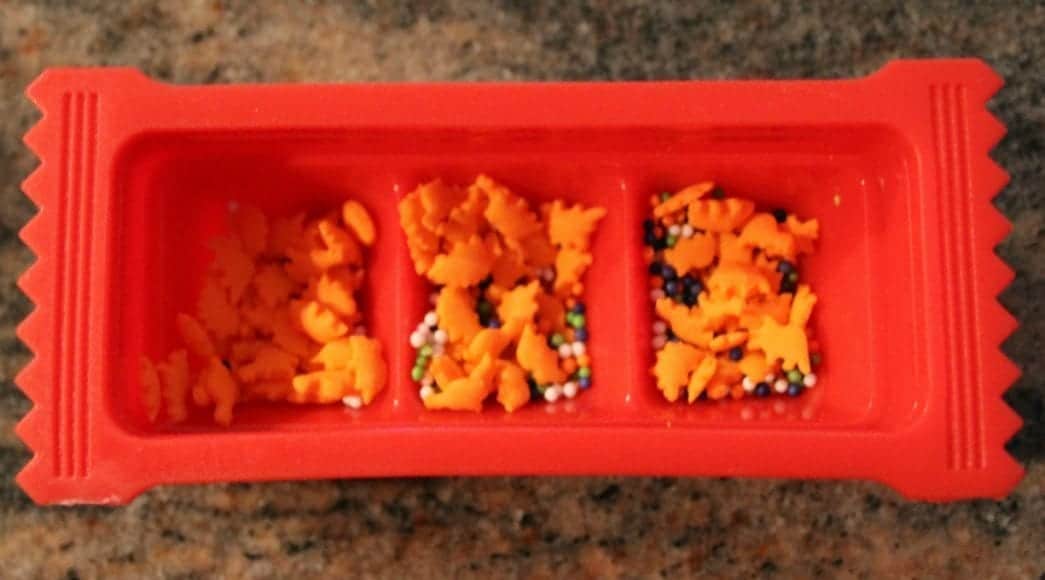 So we poured in the chocolate – added some more goodies and sat back, impatiently, to wait. 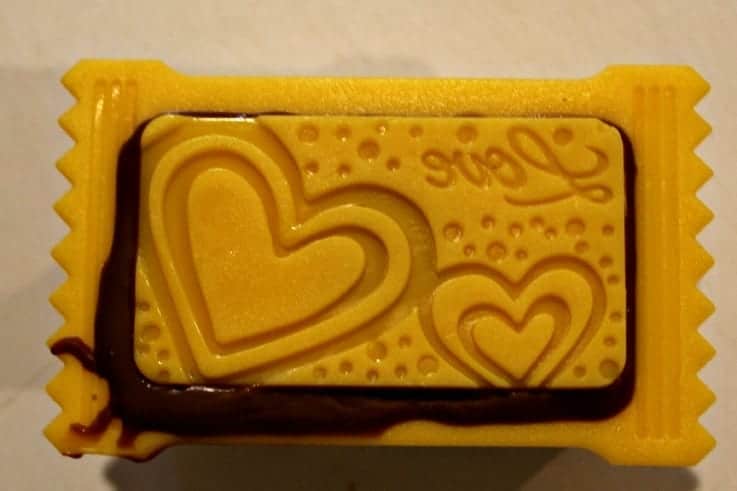 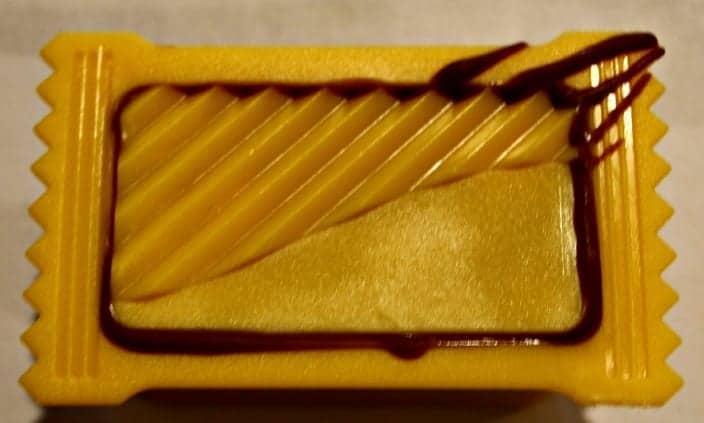 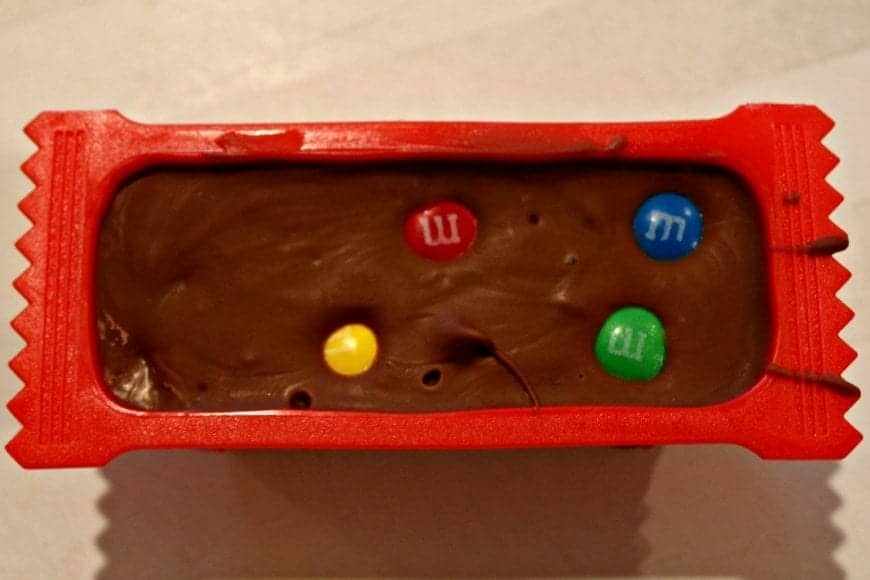 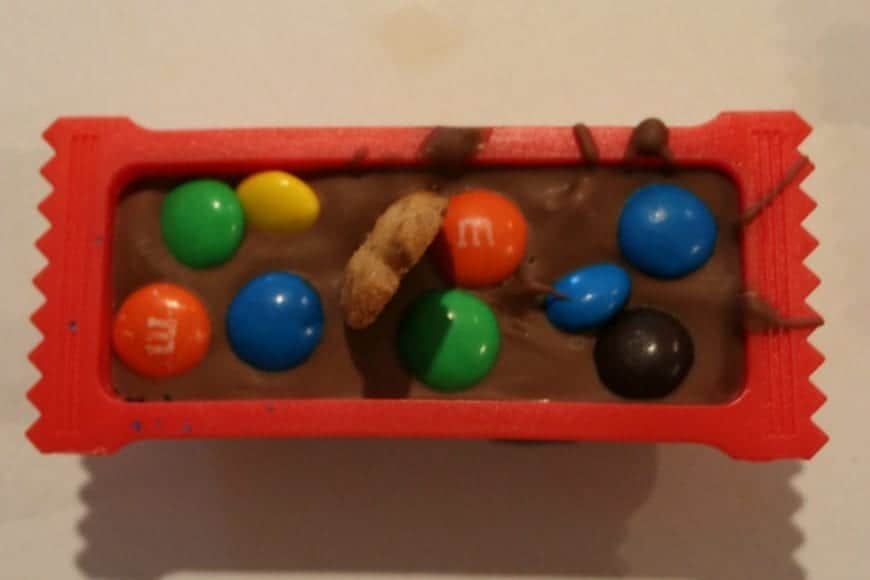 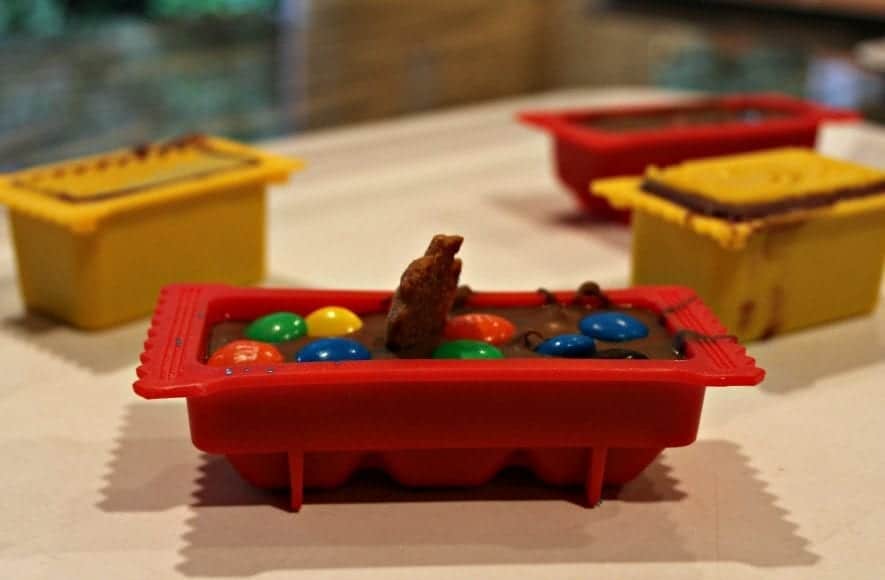 As you can see from the final photo, Gabe was not to be constrained by things such as keeping every part of the chocolate bar & toppings within the mould. His mould is the one that was filled with orange dinosaur sprinkles and I was very curious to see what everyone ended up with.

This was Joshua’s – the sprinkles on the top melted a little but the M&M’s survived well and the pattern on the bottom worked nicely as well. 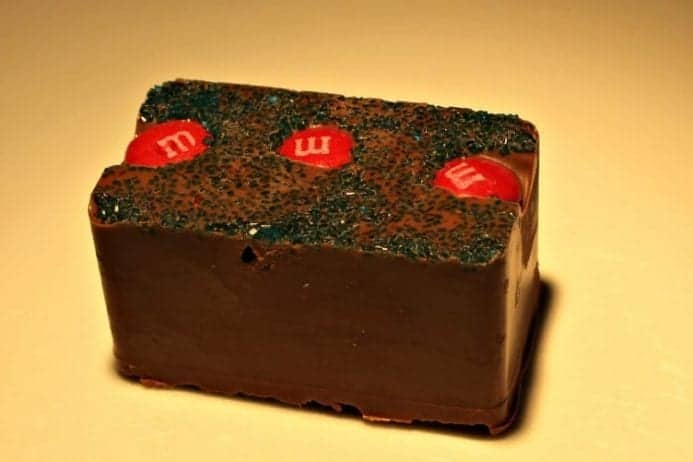 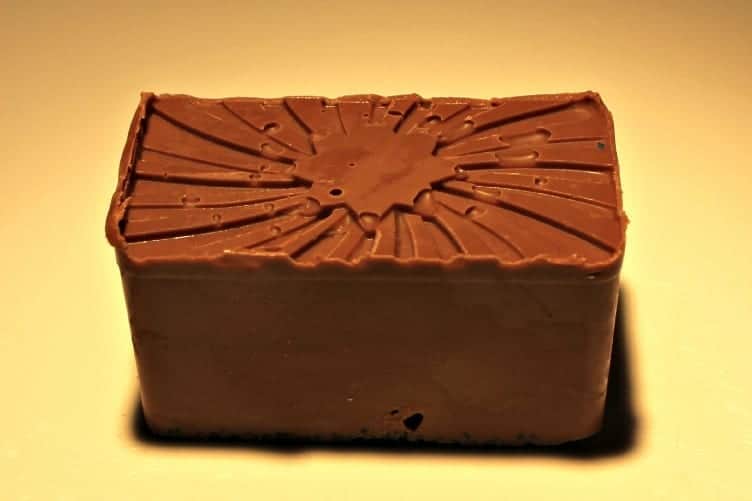 James’ bark imprint didn’t  come out too well on the bottom but his graham teddy & sprinkles top worked surprisingly well. 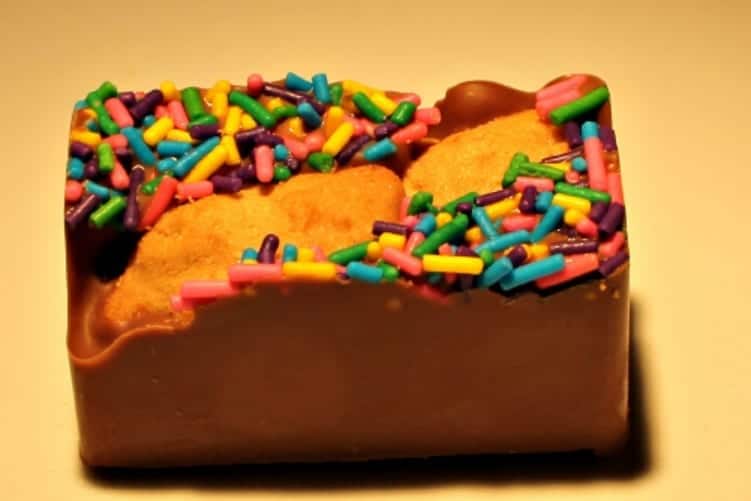 Evey, being Evey stuck to pink & purple & red sprinkles, which resulted in….. 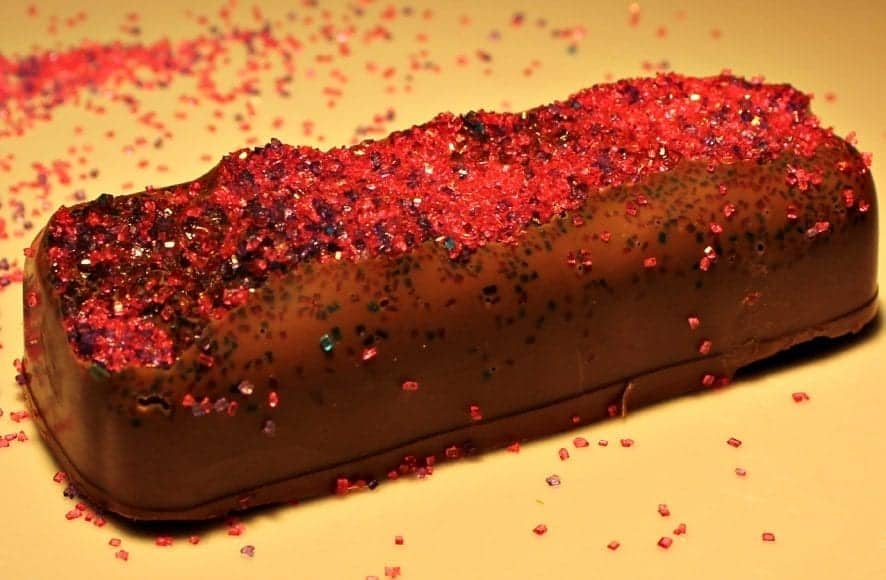 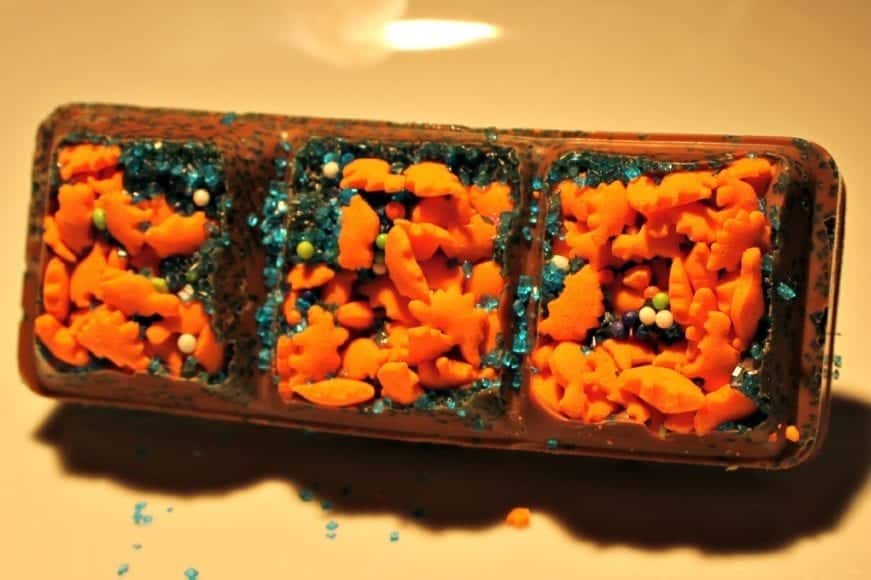 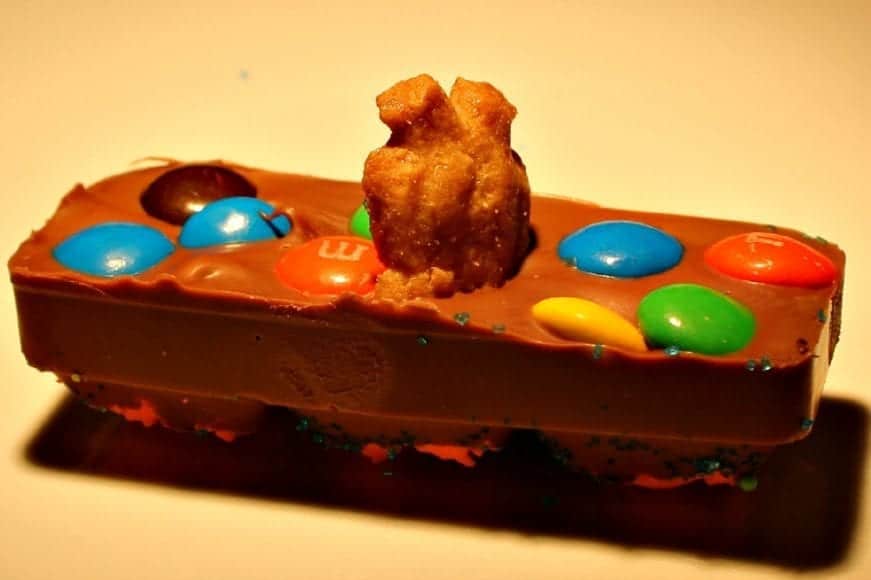 All in all we had a terrific time with the chocolate bar maker. My only negative thought was that because the kids were so excited and diving in so quickly I didn’t have time to make some of the more fancy bars possible for myself. For example, in the instructions there are recipes for Tiramisu, salty & sweet bars & fruit & nut bars among others – perhaps I’ll just have to wait until the kids are asleep and make some then!

Ask me nicely & I might share but if not you can buy your own Easy Chef Kitchen Chocolate Bar Maker at Toys R Us – just don’t blame me if you stay up all night playing with it! 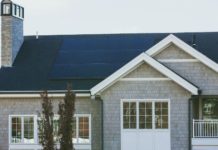 How to Make Your Home Life More Energy-Efficient 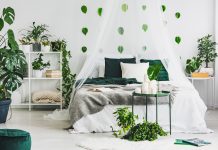 6 Simple Ways to Redesign Your Bedroom 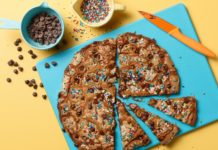 Fight Stress This Weekend By Baking With Your Kids

25 DIY Blankets to Give as Gifts or Keep Forever

“Surprise Inside” – Easy to make Soaps

Wow Your Visitors With This Rustic Pine Cone Garland #Craft