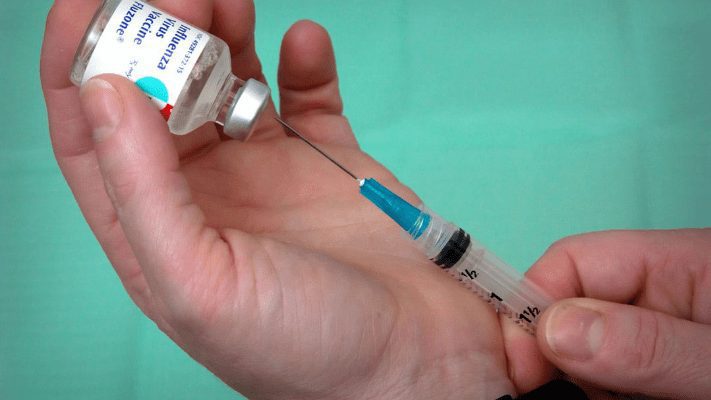 The current flu epidemic is of special concern for health experts — and for parents. Children are more vulnerable than adults to this winter’s predominant strain of the flu, influenza B/Victoria, and this year’s influenza vaccine is not proving to be effective in preventing this strain. The U.S. Centers for Disease Control and Prevention have already reported about 39 fatalities in children during the 2019-2020 season, and 72% of these deaths are believed to have resulted from influenza B/Victoria.

Kids who already live with serious conditions like cancer and diabetes are more susceptible to complications of the flu, as well. By the close of 2017, 30.3 million patients had been diagnosed with diabetes, so the spread of this season’s flu is alarming to parents of children with this and other diseases. An astonishing 13 million cases of influenza were reported by the end of January 2020 — only a few months into flu season.

So what can you do to protect your child during this flu season? Here are eight steps you can take to help ensure your child’s well-being and keep the virus from spreading to others.

Even though this year’s flu vaccine isn’t as effective against influenza B/Victoria, your child should still get the shot if they are at least six months old. If they still contract the flu, they’ll be less likely to develop long-lasting or critical symptoms. According to one study, children who received the flu vaccine were 74% less likely to require intensive care in the hospital for complications of influenza.

It’s just as important for parents and other caregivers to get their flu shots each year. If family members or caretakers contract this illness, they can easily pass it onto children even before symptoms start to appear. Although the American Academy of Pediatrics states that the end of October is the ideal time to get the vaccine, the shot can be administered as late as March, as flu season typically lasts through March or April. Don’t assume that it’s too late to receive the vaccine (or believe misconceptions regarding flu shots). The best way to stay healthy and prevent your child from becoming ill is to prioritize vaccination.

Overall wellness is critical to preventing illness, including the flu. Although only six states make physical education mandatory for children in kindergarten through grade 12, you can make sure your child gets enough exercise to help strengthen their immune system. Other ways of boosting immunity are getting adequate sleep, managing anxiety, drinking water throughout the day, and eating healthy foods. The 2015-2020 Dietary Guidelines for Americans recommend that adults consume 1.5 to two cups of fruit and two to three cups of vegetables per day. About 40% of consumers are attempting to work more vegan options into their diets, so keep in mind these and other nutrient-rich foods to help strengthen your child’s immunity.

The flu virus travels through the air and is often contracted when people touch their hands to their mouth, eyes, or nose. You can reduce your own risk of getting the flu by trying not to touch your face and washing your hands frequently with soap and water. After you wash, wipe your hands with a paper towel and turn off the faucet with the towel, throwing it away immediately afterward. This helps avoid passing the virus on to your child. Make sure they also wash their hands frequently, especially before meals and after touching other people’s hands, and try to dissuade them from touching their face.

4. Show Your Child How to Sneeze and Cough

Demonstrate for your child how to pull out their shirt and cough or sneeze into it to keep from passing the virus on to others. You can also try showing them how to sneeze or cough into their elbow, though this may be difficult for kids to do. You can use a tissue to cover your own mouth and nose when you sneeze or cough. Be sure to discard the tissue afterward and wash your hands thoroughly; use a hand cleanser containing alcohol if there is no water nearby. If you are around anyone who is sneezing or coughing, cover your face with your own shirt and move away if you can.

Certain items, like phones, computer keyboards, desks, doorknobs, and faucets are handled by many people and can be major breeding grounds for bacteria and viruses. Clean them frequently, using a germ-killing cleaner and wearing gloves. Make sure your child’s school or daycare center has a plan for frequent disinfecting procedures for tables, toys, and more.

6. Stay Away from Others with the Flu

You can’t stay home from work or keep your child out of school every day during flu season, but you can minimize contact with people who might have the flu. Avoid adults who exhibit signs of the flu and tell your child not to share toys or hold hands with other kids who are coughing or sneezing. Reschedule play dates with any children who have been sick or who may be showing signs of being under the weather.

The Golden Rule of flu prevention: don’t go to work if you contract the flu and don’t send your child to school if they become sick. This will help prevent the spread of the virus. It is especially important not to expose this virus to the elderly, kids with underlying health conditions, and newborns who are too young to get the flu vaccine. Members of these vulnerable groups are more likely to die from the flu. In other words, it’s not only about your child or even your immediate family.

The one exception here is for doctor’s visits. If you’re worried about whether your child’s coughing, sneezing, or other flu indicators, you should feel free to bring them to the pediatrician. The doctor will examine your child for signs of infection by listening to their lungs and heart. Make sure to seek out treatment sooner rather than later, as explained in the final tip.

If you or your child does get the flu, Tamiflu — an antiviral drug — may help. It can reduce the severity of symptoms and shorten the duration of the illness. It is most effective when taken within 48 hours of the onset of symptoms. Tamiflu may also be appropriate for those living in the same household as someone who has the flu, since it may help them to avoid contracting the virus.

The statistics from this year’s flu season are scary, but you can do your part to prevent the spread of the virus. Your efforts can make all the difference for your child and for other children, too.

How To Make Kids Of All Abilities Welcome – Ten Easy...

How to Create the Perfect Mom Cave In 5 Simple Steps

Finding the Right Orthodontist for Your Family